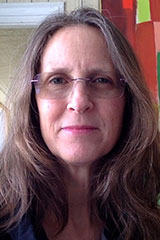 Ms. Curtis is the Board Chairperson of CIO. She is an expert researcher, organizer, and communicator. Her background is in history, library sciences, school administration and holds a Master’s Degree in Education.

Ms. Curtis has a wealth of knowledge about cancer, cancer research and the medical sciences. Her role(s) at the CIO include communications, public relations, board development, fundraising, charitable giving, events coordination, and day-to-day operations. 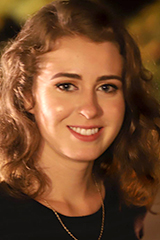 Evelyn Rose has been the Executive Director of the CIO since 2016. Her responsibilities include correspondence and maintaining relationships between treatment clinics and the organization.

She also represents our non-profit organization at Oncological and Naturopathic conferences as well as traveling abroad to record progress and new techniques being used by physicians in order to keep our connected service, Moss Reports, accurate and up to date.

Dr. Akbarpour has been an expert in the field of anti-aging and immune system medicine for nearly twenty years. She is a well-known international speaker throughout the medical community and, in addition to her contributions in educating other physicians, she educates through her international television show for two hours every Saturday afternoon as well as publications in influential periodicals.

Dr. Akbarpour is a Chief Medical Officer of the Orange County Immune Institute, Huntington Beach, California, attending to patients from all over the world. She approaches cancer with proven non-toxic, natural immune boosting therapies with a thorough understanding of how the biochemistry and genetics of cancer cells differ from normal cells using these differences to promote healing. She received her medical degree at Pahlavi University in Shiraz, Iran. She completed an Externship at the University of California, Irvine (UCI) Medical School and subsequently participated in a research program in the UCI Nephrology Department. She completed her Residency at the Long Beach Veterans Administration Hospital, California, in the Department of Psychiatry and Internal Medicine. Dr. Akbarpour has published numerous journal articles. 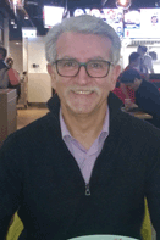 Massimo Bonucci, MD was born in Viterbo, Italy in 1959. He graduated from the University of Pisa in 1986. Currently he is the President of the ARTOI (Research Association for Integrated Oncology Therapies). He is also the Director of Clinical Pathology, hospital and nursing home San Feliciano. Medical specialist in Pathology, Medical Oncology, Head of the Pathology Service and Clinical Pathology. He is both a well-known oncologist as well as pathologist. Dr. Bonucci also attended Masters University of Milan and University of Chieti.

Geo Espinosa, N.D., L.Ac, C.N.S., RH (AHG) is recognized as an authority in integrative and functional urology. He has published in numerous peer-reviewed scientific journals related to integrative management of prostate conditions and urological disorders. Dr. Espinosa has been a medical contributor to Men’s Journal magazine, WebMD and in major medical textbooks. He is the founder and director of the Integrative and Functional Urology Center at New York University Langone Medical Center (NYULMC).

Dr. Espinosa lectures internationally on the application of integrative medicine in clinical settings. He has been recognized as one of the top 10 Health Makers for Men’s Health by sharecare.com created by Dr. Mehmet Oz and WebMD. He is the author of Thrive — Don’t Survive: Dr. Geo’s guide to living your best life Before & After Prostate Cancer.

He worked with many cancer patients in the context of practicing complementary medicine with an emphasis in nutritional and body/mind medicine for 12 years prior to re-entering training in 1988 to complete a three year residency in Internal Medicine. This was followed by three years of subspecialty training in Hematology and Oncology and two years of immunology research at the Scripps Research Institute in La Jolla.

Dr. McKee brings a comprehensive perspective to the practice of Oncology and Hematology and is at the forefront of the application of integrative medicine to the field of cancer care. Dr. McKee is board certified in medical oncology, hematology, nutrition, and integrative and holistic medicine. He co-authored a textbook on Herb, Nutrient and Drug interactions (Mosby 2008), recently completed “After Cancer Care” with Gerald Lemole MD and Pallav Mehta MD (Rodale, Aug.2015), and edited the Cancer Strategies Journal from 2011 to 2014.

Mark A. Rosenberg, MD, Boca Raton, FL is the founder and medical director of the ATM’s Institute for Healthy Aging and Integrative Cancer Therapeutics, which together integrate traditional western medicine and the latest science with complementary and alternative medicine to optimize patients’ health. Dr. Rosenberg received his undergraduate degree from the University of Pennsylvania, and his doctorate in medicine from Georgetown University School of Medicine. He then completed his residency and board certification in emergency medicine in San Antonio, Texas, at Brooke Army Medical Center, where he was recognized with the “Teacher and Resident of the Year” award.

He then began his career as a very accomplished emergency room physician and medical professor, first in the army where he achieved the rank of Major and then with a number of leading hospitals. However, after a decade of practice, he began to question some of the traditional standards of care that he had been taught in his medical training, because they were not meeting the needs of his patients.

Since that time over a decade ago, Dr. Rosenberg has become a leading researcher and clinician in the areas of healthy aging and integrated cancer therapy. He has dedicated his career to improving the aging process for men and women, as well as the care and outcomes for both early stage and terminal cancer patients. He and his staff have developed a reputation for solving aging and cancer challenges facing his patients that have not been successfully addressed by traditional medicine using the latest medical and nutritional science, as well as innovative therapies.

Dr. Rosenberg serves on the board of directors for the American Academy of Anti-Aging medicine, and is an advisor and lecturer for the academy, as well as the program director of the world’s first Integrative Cancer Therapy Fellowship. In addition to being an astute clinician, Dr. Rosenberg is a research scientist, and is actively involved in the development of drugs and techniques to combat cancer, obesity, and age-related diseases. He holds a patent-pending on a novel drug for obesity, as well as a patent-pending for a cancer “cocktail,” designed to specifically attack resistant cancer cells. Dr. Rosenberg is also co-founder of a pharmaceutical company that is developing drugs that specifically target cancer stem cells.

Dr. Standish is also the medical director of the Bastyr Integrative Oncology Research Center (BIORC) and a professor at the Bastyr University Research Institute. She has served as principal investigator on several National Institutes of Health (NIH) research grants since 1994.

Dr. Standish is a neuroscientist and a naturopathic physician who is board certified in naturopathic oncology. Currently her research is focused on the Asian medicinal mushroom Trametes versicolor in the treatment of breast and prostate cancer; functional brain imaging in the treatment of brain cancer; and the development of integrative oncology outcomes studies. New projects using IV Resveratrol and IV Curcumin to treat cancer are being developed.

Dr. Standish’s research over the last 15 years has been focused on HIV/AIDS, cancer, hepatitis C and functional brain-imaging in cancer. She has collaborated with investigators at Fred Hutchinson Cancer Research Center and Children’s Hospital in the study of CAM use among cancer patients in Washington state and also has directed research at Bastyr University to identify and describe the treatments used for breast cancer by naturopathic physicians in North America.